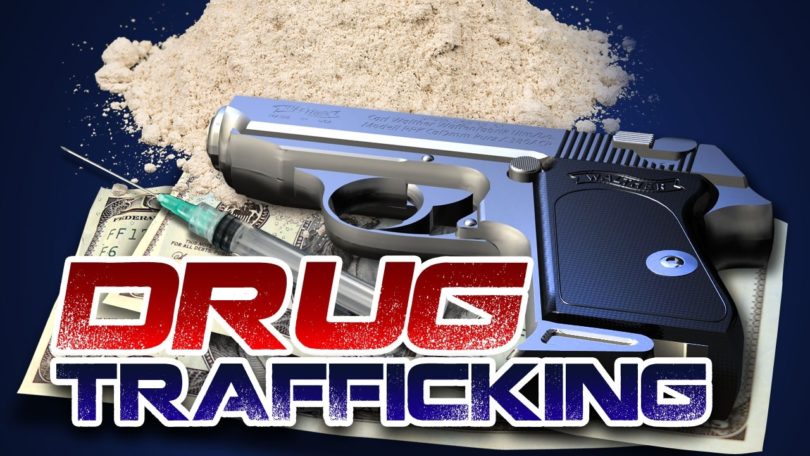 An intriguing  report circulating states that former President Barack Obama fled Washington D.C. this past Friday (10 March) traveling to New York City, Omaha (Nebraska), San Jose (California) and ending up in Hawaii—all occurring within 36 hours while he sought elite allies to defend him, and keeping him ahead of investigators from the Financial Crimes Enforcement Network (FinCEN) of the US Department of the Treasury (DoT) seeking to interview him about one of the largest drug busts in American history occurring in the Caribbean aboard a fishing vessel named the Lady Michelle.

According to this report, nearly immediately upon taking office as President Donald Trump’s Attorney General on 9 February, Jeff Sessions, as head of the US Department of Justice (DOJ), was handed a top secret file by Federal Bureau of Investigation (FBI) Director James Comey detailing the nearly two-decade long crimes of 12 current and former security and intelligence officers belonging to the Transportation Safety Administration (TSA) who for at least 18 years under both the Bush and Obama regimes had smuggled into the United States at least $100 million worth of cocaine. Four days after Attorney General Sessions received this top secret file on these Bush-Obama regime drug criminals from Director Comey, on 13 February, this report continues, he ordered their immediate arrest—and that was meant to coincide with former President Obama being out of the United States as he was vacationing in the Virgin Islands. Upon their learning that Attorney General Sessions had ordered the arrest of this Bush-Obama regime TSA criminal drug ring, this report details, “surrogates/accomplices” of former President Obama vacationing with him in the Virgin Islands attempted to contact a Guyana national named Mohamed Nazim Hoseain—whom the SVR had previously identified as being an organizational member of the Islamic terror group known as the Muslim Brotherhood—and that President Trump is now preparing to name as a terror organization too. Mohamed Nazim Hoseain, this report explains, was unable, however, to be contacted by former President Obama’s “surrogates/accomplices” as the fishing vessel he was the captain of, named the Lady Michelle, was dead in the water about 70 nautical miles off Paramaribo, Suriname, in international waters after all of its electronics had been disabled by a US Navy EA-6B Prowler electronic warfare aircraft—and that shortly afterwards, on 16 February, it was boarded by the US Coast Guard whom discovered over 4 tonnes of cocaine valued at $125 million—and was the largest US drug bust in the Caribbean since 1999.

Arrested with Mohamed Nazim Hoseain aboard the Lady Michelle drug ship, this report continues, were Richard La Cruz, 49; Neville Jeffrey, 68; and 30-year old Mark Anthony Williams—all of whom were remanded to US custody in the Virgin Islands just hours after former President Obama’s “surrogates/accomplices” flew out from there on a private aircraft. As to the Lady Michelle fishing vessel used by these cocaine smugglers, this report says, its Saint Vincent registration showed it being owned by the Argyle International Airport Development Company (IADCL)—and whom the US Coast Guard returned custody to under existing international treaties between these two nations. Critical to note about the Argyle International Airport Development Company, though, this report says, is that its sole business is the Argyle International Airport on Saint Vincent whose first ever flight into was on 14 February by a private charter aircraft from Mexico—and that upon this charter planes arrival, the Lady Michelle was in port awaiting departure—and whose “true/real” purpose has long been suspected to be for smuggling purposes:

“Forget the tourists, there is something much more lucrative afoot. It is whispered that recently cocaine barons have injected US$400 million into a group within the Vincentian government for help with setting up an improved link into the US of South American cocaine. There are five areas of concern for the South American investors.

1. for the SVG ruling regime to be kept in power at any cost

2. the completion of Argyle Airport

3. the control of the abandoned fishery units at Bequia and Owia

4. tight control and implication of the police and coast guard

5. control of a working shipyard for the secret alteration of internal structures of vessels

6. building of a new shipping container port and facility

The whole operation is compartmentalized so as no group or individual within the grouping knows everything. Those involved are high ranking Vincentian government officials, Venezuelans, Panamanians and, most importantly, Colombians.

According to fishermen, Venezuelans have already inspected the fishery installations with the view of acquiring them. It is alleged that Venezuelans are involved in the new lease of the Ottley Hall shipyard complex. Venezuela is involved with building our airport at Argyle.”

Further raising fears that the Argyle International Airport is being used by drug smugglers linked to former President Obama, this report continues, was that barely a month a prior to his leaving office, in December, 2016, he quietly signed a new law called the United States-Caribbean Strategic Engagement Act that, in essence, would allow the Central Intelligence Agency (CIA) to secretly lease this entire airport and fishing boat facility—and who is the largest illegal drug smuggler the world has ever known. As to why the CIA would need the Argyle International Airport as a drug smuggling operation, this report explains, is due to the calamity that ensued in 2007 when their Gulf Stream II jet (aircraft #N987SA) that was used to transport rendition prisoners from Europe to America to Guantanamo Bay, Cuba, crash-landed in Mexico carrying over 4 tons of cocaine—and that to this very day, no one has been prosecuted for. The CIA’s involvement with drug smuggling has long been known, this report says, and as the Huffington Post noted in their 2014 article titled “Key Figures In CIA-Crack Cocaine Scandal Begin ToCome Forward” that, in part, said:

“With the public in the U.S. and Latin America becoming increasingly skeptical of the war on drugs, key figures in a scandal that once rocked the Central Intelligence Agency are coming forward to tell their stories in a new documentary and in a series of interviews with The Huffington Post.

More than 18 years have passed since Pulitzer Prize-winning journalist Gary Webb stunned the world with his “Dark Alliance” newspaper series investigating the connections between the CIA, a crack cocaine explosion in the predominantly African-American neighborhoods of South Los Angeles, and the Nicaraguan Contra fighters — scandalous implications that outraged LA’s black community, severely damaged the intelligence agency’s reputation and launched a number of federal investigations.

It did not end well for Webb, however. Major media, led by The New York Times, Washington Post and Los Angeles Times, worked to discredit his story. Under intense pressure, Webb’s  top editor abandoned him. Webb was drummed out of journalism. One LA Times reporter recently apologized for his leading role in the assault on Webb, but it came too late. Webb died in 2004 from an apparent suicide.” Also in 2014, this report continues, The American New Service shockingly revealed how grave these crimes had actually become in their article titled “U.S. Government and Top Mexican Drug Cartel Exposed as Partners” that, again in part, said:

“For over a decade, under multiple administrations, the U.S. government had a secret agreement with the ruthless Mexican Sinaloa drug cartel that allowed it to operate with impunity, an in-depth investigation by a leading Mexican newspaper confirmed this week.

In exchange for information and assistance in quashing competing criminal syndicates, the Bush and Obama administrations let the Sinaloa cartel import tons of drugs into the United States while wiping out Sinaloa competitors and ensuring that its leaders would not be prosecuted for their long list of major crimes.

Relying on over 100 interviews with current and former government functionaries on both sides of the border, as well as official documents from the U.S. and Mexican governments, Mexico’s El Universal concluded that the U.S. Drug Enforcement Administration (DEA), Immigration and Customs Enforcement (ICE), and the U.S. Justice Department had secretly worked with Mexican drug lords.

The controversial conspiring led to increased violence across Mexico, where many tens of thousands have been murdered in recent years, the newspaper found after its year-long probe.

The U.S. agents and their shady deals with Mexican drug lords even sparked what the paper called a “secret war” inside Mexico.” To the exact scheme being perpetrated upon the American people by the CIA, this report concludes, is their paying off by the hundreds-of-millions of dollars the former Clinton, Bush and now Obama regimes from their massive illegal drug smuggling profits—but that President Trump doesn’t care about as he’s already worth billions-of-dollars, has never drank, done drugs, or smoked, and whose actions in the past fortnight alone have cost these evil monster over $200 million—leading no one in the Kremlin wondering why he is so hated by these elite criminals and their mainstream propaganda media allies alike.