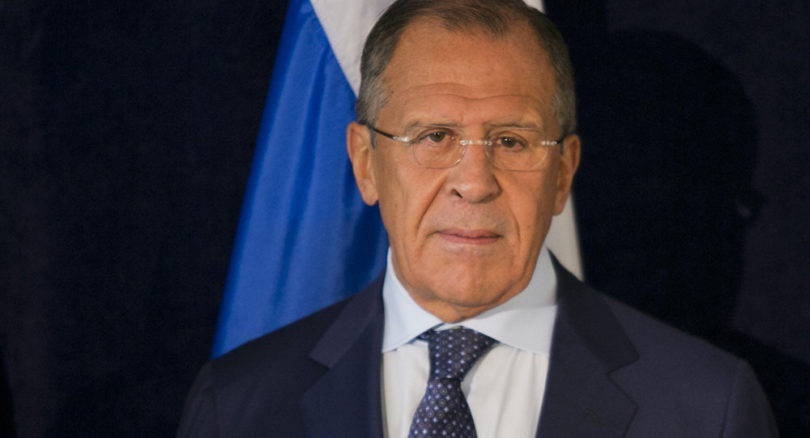 Russian Foreign Minister Sergei Lavrov has done it again. He has recently grabbed the New World Order establishment by the horn and cut them to pieces with a chainsaw when he said that the establishment has done covert and illegal operations in places like Afghanistan. Lavrov did not mince words:

“The US operation against the Taliban and al-Qaeda was supported by all countries. It’s another matter that after receiving the international approval, the United States and its NATO allies, which took over in Afghanistan, started acting rather inconsistently, to put it mildly.

“During their operation in Afghanistan, the terrorist threat has not been rooted out, while the drug threat has increased many times over. The drug industry prospered. There is factual evidence that some of the NATO contingents in Afghanistan turned a blind eye to the illegal drug trafficking, even if they were not directly involved in these criminal schemes.

“Afghanistan is a separate case, although the current developments there, which are a result of the NATO operation’s failure, despite the carte blanche the bloc received from the international community, can be considered an unintended cause of managed chaos. In Iraq, Syria and Libya, this chaos was created intentionally.”

Lavrov is right in line with the scholarly world. Peter Dale Scott of the University of California writes:

“In country after country, from Mexico and Honduras to Panama and Peru, the CIA helped set up or consolidate intelligence agencies that became forces of repression, and whose intelligence connections to other countries greased the way for illicit drug shipments.”

Noted historian Alfred W. McCoy of the University of Wisconsin has reported the same thing.

McCoy began to work on this issue while he was a Ph.D. candidate in Southeast Asian history at Yale back in 1972. He accused American officials “of condoning and even cooperating with corrupt elements in Southeast Asia’s illegal drug trade out of political and military considerations.” McCoy’s

McCoy produced enough evidence which indicated that the CIA used “tribal mercenaries” in places like Laos in order to maintain their criminal and drug trafficking business.

In short, Lavrov was essentially deconstructing the CIA when he said that they have been spreading corruption throughout the world for decades. Whenever they take a break from spreading opium, they start perpetuating wars and creating false flags in Iraq, Afghanistan, Libya, and now in Syria.

The CIA is certainly not happy about what Lavrov has said. This is one reason why they hate Russia and all that it represents.

“Ironically, the American elite, which emerged as freedom fighters and separatists anxious to cast off the yoke of the British crown, had transformed itself and its state by the 20th century into a power thirsting for global imperialist domination. The world is changing, however, and – who knows – America might yet purify itself and return to its own forgotten sources.”

Lavrov specifically mentioned “the American elite,” but Lavrov must know that the people who control foreign policy in America are the Neoconservatives. As we have documented elsewhere, the Neoconservative movement is a Jewish political enterprise[1] which seeks to turn America upside down.

As a number of scholars have argued, the Neoconservative goals are “in complete contrast to their patron saint, Ronald Reagan, and to the general cast of the American temperament as embodied by the Declaration of Independence.” The Neocons use “democracy” and “freedom” to kill and destroy peoples and nations, and they think that the world should prostrate before them all. If you think this is far-fetched, then let us again hear from Jewish Neocon Michael Ledeen:

“Creative destruction is our middle name, both within our own society and abroad. We tear down the old order every day, from business to science, literature, art, architecture, and cinema to politics and the law. Our enemies have always hated this whirlwind of energy and creativity, which menaces their traditions (whatever they may be) and shames them for their inability to keep pace.”

This is not the first that that these people brag about being destroyers. Quoting Ledeen approvingly, Jewish Neocon Jonah Goldberg declared:

“Every ten years or so, the United States needs to pick up some small crappy little country and throw it against the wall, just to show the world we mean business.”

When countries like Iraq were really screwed up by the Neocons themselves, Goldberg wrote an article saying that “Iraq was a worthy mistake.”

Can the world afford these “worthy” mistakes? Does Goldberg mean to tell us that sodomy at Abu Graib was also a “worthy mistake”? Does “fucking a kid” in prisons mean “a worthy mistake”? How about this: “150 inmates were crammed into cells designed for 24” at Abu Ghraib. The whole Abu Ghraib scenario was total chaos.

The Neocons don’t care about creating chaos precisely because they have metaphysically and categorically rejected Logos and all its manifestations.  There are only two quick ways to fix the crisis: the Neocons must embrace Logos, or they have to make a commitment to the moral order, which provides the basis for political docility in the world. If they reject both proposals, then perhaps government officials need to think about reestablishing Sicut Judaeis non again. It was essentially a modus vivendi which kept the Khazarian Mafia in check in the Middle Ages and beyond.

Lavrov sees glimpses of hope, since the New World Order ideology is waning:

“The redistribution of the global balance of power continues. We are witnessing new centres of economic power and associated political influence come into being in the world…The formation of a polycentric international order is an objective process. It is in our common interest to make it more stable and predictable.”

If he is right, then we are seeing Hegel’s “cunning of reason” in the political sphere again. How? Well, New World Order agents think that the world belongs to them and that nothing moves unless they approve it.

Things are now moving, but Russia didn’t seek to get the Neocons’ approval this time. The Neocons and the Israeli regime wanted Assad gone, but Assad is still fighting and resisting the diabolical plan in Syria. Lavrov seemed to have made passing references to this when he stated:

“The sovereignty of states, their equality as the main subjects of international relations, was substantiated and approved within the Westphalian system that took shape in Europe in the 17th century. Currently, these traditional notions are being questioned in a number of Western countries.

“They are trying to secure for themselves, for example, the ability to interfere in other people’s affairs under the pretext of non-compliance with all sorts of unilaterally engineered human rights concepts like the so-called ‘responsibility to protect.’ We are against such a distorted interpretation of the most important universal international legal norms and principles.”

This is so true.