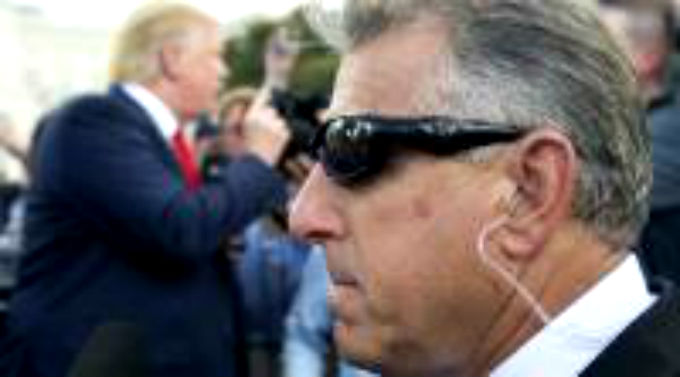 Even when Hillary Clinton is no longer running for president, laptop “accidents” continue to follow her.

As regular readers will recall, shortly before the election, the FBI revealed that a laptop containing some of Hillary Clinton’s emails mysteriously disappeared in transit, while several months later, another laptop belonging to Anthony Weiner just as mysteriously was found to contain emails between his then-wife Huma Abedin and her boss, Hillary. The laptop in question prompted the FBI to reopen its probe into Hillary Clinton’s emails just days before the presidential election.

Now, according to the New York Daily News which cites police sources, a laptop computer containing information about the Hillary Clinton email investigation, as well as floor plans for Trump Tower and other national security information, was stolen from a Secret Service agent’s vehicle in Brooklyn.

The secret service agent reported the laptop contained floor plans for Trump Tower, evacuation protocols and information regarding the investigation of Hillary Clinton’s private email server. The agent also told investigators that while nothing about the White House or foreign leaders is stored on the laptop, the information on the computer “could compromise national security.” The thief also took “sensitive” documents and the agent’s access keycard, though the level of the agent’s access wasn’t immediately clear.

The laptop was stolen on Thursday morning and authorities have been “frantically” searching for it ever since.

Some items stolen along with the laptop — including coins and a black bag with the Secret Service insignia on it — were later          recovered.

But the laptop, along with other documents described as “sensitive,” were still being sought.

According to Poltico, also stolen were a set of security perimeter pins, a second, personal laptop, and other items, federal and New York City law enforcement sources said. Two of the source said that some items stolen from the vehicle — including a set of lapel pins that allow agents entry into security perimeters around dignitaries protected by the Secret Service — had been recovered in the vicinity soon after the break-in.

Describing the theft, the NYDN reports that the thief stepped out of a car, possibly an Uber, on a street in Bath Beach and stole the laptop from the agent’s vehicle, which was parked in the driveway of her home. He was then seen on video walking away from the scene with a backpack.

NYPD cops were assisting in the investigation but had scant information on what’s on the laptop, sources said.

“The Secret Service is very heavily involved and, citing national security, there’s very little we have on our side,” a police source said. “It’s a very big deal.”

The Secret Service laptop, which contained information about the layout and evacuation routes in Trump Tower, was still missing as of Friday afternoon, according to multiple sources familiar with the investigation.