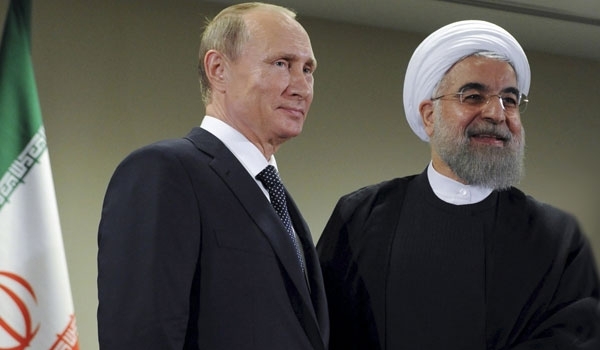 TEHRAN (FNA)- Deputy Chief of Staff of the Presidential Office for Political Affairs Hamid Aboutalebi announced that President Hassan Rouhani is due to visit Moscow at the invitation of his counterpart Vladimir Putin.

“Given Iran’s global position, strategic capabilities and regional power as well as the necessity to study the international developments and interaction between the region’s main powers to enhance regional stability and fight against terrorism, Dr. Rouhani will pay an important and historical official visit to Russia soon upon the official invitation of Vladimir Putin,” Aboutalebi wrote on his twitter page on Wednesday.

In relevant remarks in February, Iranian Deputy Foreign Minister Ebrahim Rahimpour declared that Tehran and Moscow would sign several memoranda of understanding (MoUs) during the upcoming visit by President Rouhani to that country.

“Over five high-level contracts on economic, consular, and cultural cooperation will be signed between Iran and Russia during President Rouhani’s visit to Moscow in late March,” Rahimpour said.

The Iranian deputy foreign minister said that Iran and Russia are presently in talks over drawing up the documents and contracts that they wish to finalize before President Rouhani’s visit.

Rahimpour said that Iran-Russia relations are currently at their peak, adding, “Our cooperation extends to all political, economic and regional areas.”

He underlined that an entourage of officials from Iran’s government and private sectors will accompany President Rouhani during his visit to Moscow.