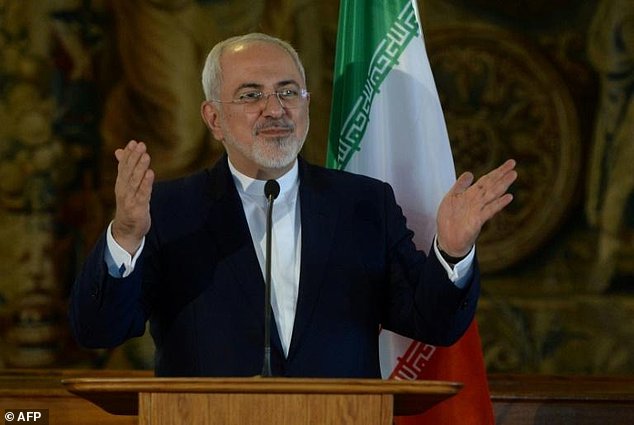 In a meeting with Russian President Vladimir Putin in Moscow, Netanyahu said Persia had made “an attempt to destroy the Jewish people that did not succeed” some 2,500 years ago, an event commemorated by the Jewish holiday of Purim over the weekend.

“Netanyahu resorting to fake history and falsifying Torah. Force of habit,” he tweeted.

He linked to longer comments in which he said the Israeli premier “distorts the realities of today, but also distorts the past — including Jewish scripture”.

“The Book of Esther tells how Xerxes I saved Jews from a plot hatched by Haman the Agagite, which is marked on this very day.

“Again, during the time of Cyrus the Great, an Iranian king saved the Jews — this time from captivity in Babylon; and during the Second World War, when Jews were being slaughtered in Europe, Iran gladly took them in,” Zarif wrote.

Netanyahu had sought to link ancient history to the present day, saying Iran was again seeking “to destroy the state of the Jews”.

Putin tried to return the conversation to the present day, saying the events described took place “in the fifth century B.C. We now live in a different world. Let us talk about that now.”

Ever since the Islamic revolution of 1979, Iran has been implacable in its opposition to Israel and has provided extensive support to Palestinian militant groups.

Iranian officials say they oppose the state not the people, and underline that Iran has its own Jewish community.