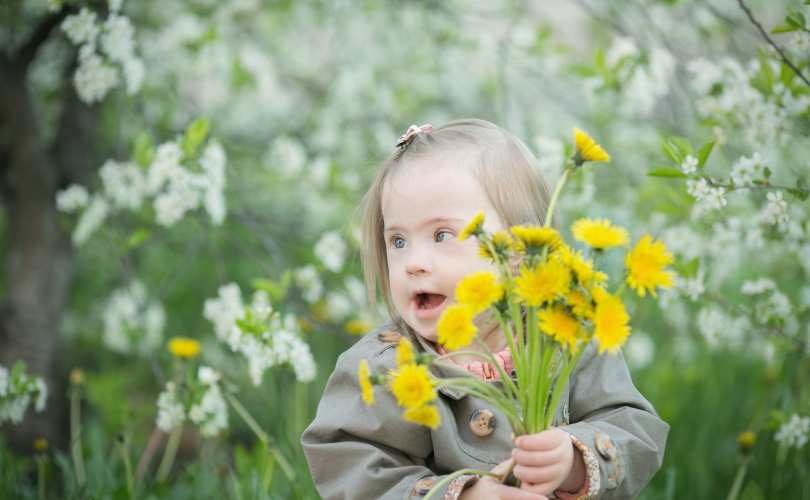 In recent remarks to the Citizens Assembly in Ireland, Dr. Peter McParland, an ob-gyn at National Maternity Hospital, pointed to a sign of things to come.

“In Iceland,” the doctor said, “every single baby—100 percent of all those diagnosed with Down syndrome—are aborted.”

The horrors of the statement above can scarcely be grasped. Iceland has become the first nation to boast of eradicating Down syndrome from its country.

Dr. McParland expounded on this systematic annihilation stating, “There hasn’t been a baby with Down syndrome born in Iceland in the past five years.”

Iceland is not alone in its aspirations to create a “Down syndrome-free” world. The holocaust of Down syndrome babies is a global epidemic, taking the lives of human beings created in the image of God on the basis of a prenatal diagnosis indicating Down syndrome.

Denmark follows closely behind Iceland and predicts it will be a “Down-syndrome free” nation in the next 10 years.

Meanwhile, 90 percent of babies diagnosed with Down syndrome in the womb are aborted in Great Britain and the United States.

Among the many reasons these statistics are so tragic is that some babies diagnosed in utero with Down syndrome are born without the condition, while in other cases, doctors who fail to recognize markers for Down syndrome through prenatal testing are open to shockingly titled “wrongful birth” lawsuits.

Even assuming all diagnoses are correct, exactly who are we eradicating from our planet?

Statically the vast majority of people with Down syndrome are happy, satisfied, and affectionate members of society—something that couldn’t be said of people born without the disability.

Down syndrome does not have to be a death sentence

As our world increasingly devalues life to the extent of attempting (and in some cases, succeeding) to “cleanse” the world of anyone who may have a disability, Heartbeat International’s 24-7 contact center, Option Line is standing against these cultural forces.

The urgent need for Option Line, and the many pregnancy help organizations connected to Option Line, increases daily.

In January, alone, Option Line consultants answered a total of 23,660 calls, texts, emails and live chats from women and men seeking help during an unexpected pregnancy.

One of those calls came from a woman pregnant with twins and desperately seeking help. Her doctor had just delivered the devastating news: “Your test results are positive for Down syndrome.”

The woman felt alone, confused and conflicted on what to do next. It was her first pregnancy and she had not anticipated receiving such news. In most cases, medical professionals would urge this woman to consider terminating her pregnancy through abortion.

Instead, Option Line’s highly trained consultant was able to offer her hope and practical help.

The Option Line consultant explained that no matter what the outcome of her pregnancy, support was available. She was able to connect the frightened mother to a local pregnancy help center immediately.

The Option Line consultant ended the conversation by praying with the mother. By the end of the call, the mother felt assured and courageous as she faced the future.

It is never easy for a parent to receive devastating news during a pregnancy. But the overwhelming majority of parents who have a child with Down syndrome report their outlook on life is much more positive because of their child.

The value of a child born with any disability cannot be eradicated by any nation. They are created in the image of God.