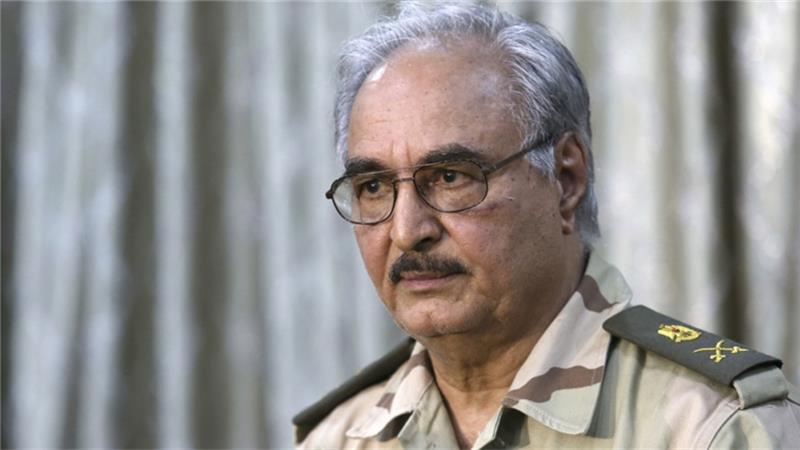 According to the Israeli intelligence asset DEBKAfile, Russian elite units are collaborating with Gen. Khalifa Hafter to take over Libya’s largest oil terminals at Ras Sidi and Ras Lanuf.

For some months now, Moscow, Cairo and Qatar have been working together to bolster Gen. Haftar, who strongly challenges the      UN-backed government of Tripoli. His LNA [Libyan National Army] has taken delivery of Russian fighter jets and tanks, while the      Egyptian air force has bombed the mostly Islamist militias fighting him, some of them branches of the Islamic State or Al Qaeda.

Haftar is a CIA asset. He lived in the United States for twenty years, not far from CIA headquarters in Virginia. Then President Reagan funded and assisted the training of Haftar and his 350-strong contingent of troops in ”sabotage and other guerrilla skills” in Chad as part of efforts to overthrow of Gaddafi.

He is aligned with the eastern parliament and government based in Tobruk and has fought against opponents in Benghazi.

The secret paramilitary operation, set in motion in the final months of the Reagan Administration, provided military aid and training to about 600 Libyan soldiers who were among those captured during border fighting between Libya and Chad in 1988.

They were trained by American intelligence officials in sabotage and other guerrilla skills, officials said, at a base near Ndjamena, the Chadian capital. The plan to use the exiles fit neatly into the Reagan Administration’s eagerness to topple Colonel Qaddafi.

But when the Chadian Government fell in December to a Libyan-sponsored guerrilla force, the 600-member band was forced into a floating exile.

Within hours of the Dec. 2 takeover of Chad by the rebel leader, Gen. Idris Debry, Colonel Qaddafi demanded that the 600 soldiers be returned. Instead, General Debry allowed the United States to land transport planes in Ndjamena to fly them to Zaire, which in the past has helped the United States in covert operations.

In December, Haftar met with Russian foreign minister Sergei Lavrov and said he was seeking Moscow’s help in his fight against Islamic militants. It was his second visit to Moscow asking for assistance.

Haftar is supported by Egypt and the United Arab Emirates. France sent special forces to work with his Libyan National Army last year.

No word if the Russian move was coordinated with the Trump administration. During the election campaign, Trump promised to work with the Russians to defeat the Islamic State.