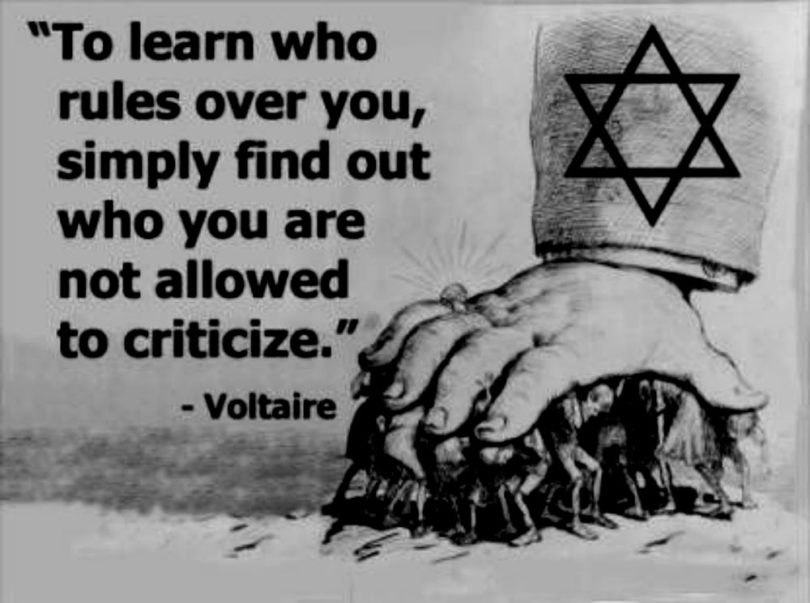 Hundreds of important books on the Holocaust by revisionist scholars have suddenly been been banned by Amazon on instructions from angry rabbis in Israel (see video at the end of this article) and from Yad Vashem, the World Holocaust Remembrance Center in Jerusalem.

Even books not directly relating to the Holocaust, but pertaining to Jewish affairs during WWII, have been included in the mass ban. Revisionist scholar Germar Rudolf has given a complete list of these books (see below) and it’s highly likely more volumes will be added to this growing list of “forbidden books” in the days ahead.

Meanwhile, in an apparent attempt to muddy the waters, The Times of Israel published an article a few days ago in which it stated that only three books have been banned by Amazon in the UK — without referring to Amazon in the US or the long list of banned books mentioned by Germar Rudolf on CODOH. (See Amazon Mass-bans Dissident Materials, Hundreds of Titles Erased within a Day)

A reliable source informs me that several thousand volumes have been shredded or put through incinerators at Amazon, but this is hard to verify. This has to be one of the greatest acts of cultural vandalism perpetrated within recent times. In characteristic Orwellian fashion, many historical facts are being “flushed down the memory hole” and false factoids put in their place — like the fairy tales spun by Elie Wiesel, e.g., Jewish blood gushing from the ground in geysers (picture).

The Cultural Vandals dare not debate these matters in public, preferring the Stalinesque weapons of censorship and intimidation, followed in many cases by fines and imprisonment.

Only a few months ago, I was lucky enough to buy from Amazon a copy of M.S. King’s The Bad War: The Truth Never Taught About World War 2. Mike King is the owner of the Tomato Bubble website. His lavishly illustrated  246-page book sits on my bedside table. I am one of the lucky ones who bought the book just in time. Because it has now been banned by Amazon.

Apparently Mike received a frosty note from Amazon the other day informing him that his book was no longer fit for human consumption. “We’re contacting you,” the email told him coldly, “regarding the following book: The Bad War: The Truth NEVER Taught About World War II. During our review process, we found that this content is in violation of our content guidelines. As a result, we cannot offer this book for sale.”

What exactly are these mysterious “guidelines”? Amazon refuses to give details. Apparently the head honchos at Amazon don’t like Mike’s ideas. For example, in writing about World War Two, Mike expresses a sneaking sympathy for the German side, hinting it might have been better all round if the Germans had won the war. Mike mixes up the good guys with the bad guys. Let’s face it, that’s not acceptable.

It’s also possible that Mike, at some time or other, had expressed doubts that six million Jews had died in gas chambers during the Holocaust. That was a big mistake. In fact, it’s the biggest mistake anyone can make nowadays. It can get you slung into prison in at least sixteen countries: Austria, Belgium, Czech Republic, France, Germany, Hungary, Israel, Liechtenstein, Lithuania, Luxembourg, Netherlands, Poland, Portugal, Romania, Slovakia, and Switzerland. Mike’s shockingly incorrect views on the Holocaust obviously jangled a few nerves at Amazon and consequently violated their “guidelines”. So Mike had to go.

And so Mike’s book was banned.

Before I go any further, a few words on Amazon would perhaps be in order.

Amazon is now the largest internet retailer in the world, valued at $240 billion. It is owned by Jeff Bezos, worth $45.2 billion. Jeff happens to be the fifth richest billionaire in the world, the first four being Bill Gates ($75 billion), Amancio Ortega ($67 billion), Warren Buffett ($60.8 billion), and  Carlos Slim Helu ($50 billion).

Is Jeff Bezos a Jew? I don’t think so, though he has “crypto-Jew status” among the more wild-eyed conspiracy theorists who people the internet. It’s possible that many of Jeff’s closest associates are Jewish, however, such as Tom Alberg, Jon Rubenstein and David Zapolsky.

It’s obviously relevant to enquire into Amazon’s Jewish connections, since there is more than enough evidence to support the view that Jewish rabbis have had an enormous input in dictating Amazon’s famous “guidelines” (see video below). While investigating Amazon’s possible Jewish links, I was amused to find myself on a website that gave a link to an article called “Is Jeff Bezos Evil?” I decided to click on this to find out, but lost interest once I was told I had to log in and give my password. So the question of whether Jeff is evil or not remains unanswered.

A few further clicks, however, provided me with some clues as to whether Jeff was “evil” or not. It tuns out that Jeff is the ultimate ruthless capitalist who exploits his  workers to the bone, getting the last drop of blood out of them — like a vampire running amok in a blood storage factory. He has 180,000 employees working for him full time, and 380,000 people working for him part time in various foreign countries, and boy! he really does drive them like a slavemaster! If “ruthless capitalist vampiric slavemaster” equates to evil, then I guess the word “evil” has to apply to Jeff Bezos. Does this man look Evil? YOU decide!

Here’s what the Daily Mail has to say about working conditions at Amazon. An undercover reporter for the newspaper managed to infiltrate the company by getting a job there, and seeing what it was like working 12-hour shifts for a company on the minimum wage.

to read continuation in a source…